Oh, I love Halloween! Not because I enjoy dressing up… because I don’t. But I love making David’s costume. I wish I could say he’s had a homemade costume ever year but not so. I can say however, once I went homemade, I haven’t gone back. 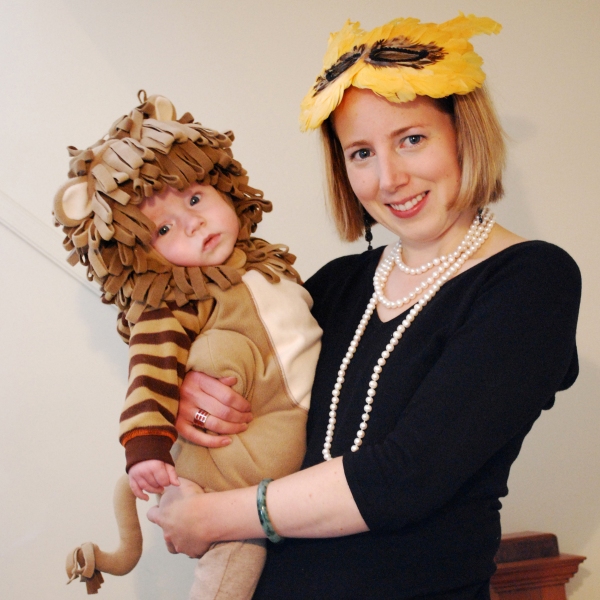 Year three, the fire truck! (and yes, the apple sauce cups had light underneath) 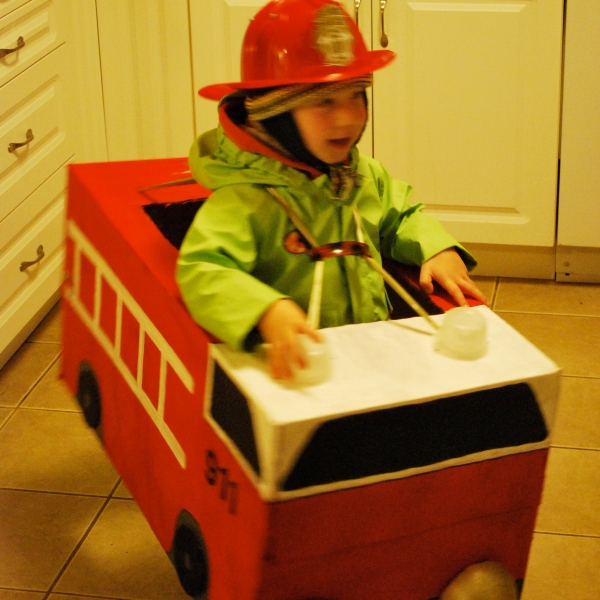 Year four, the spider and his web 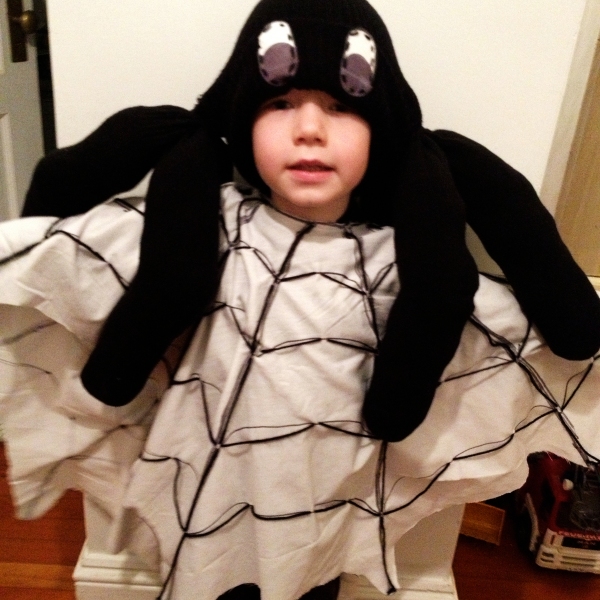 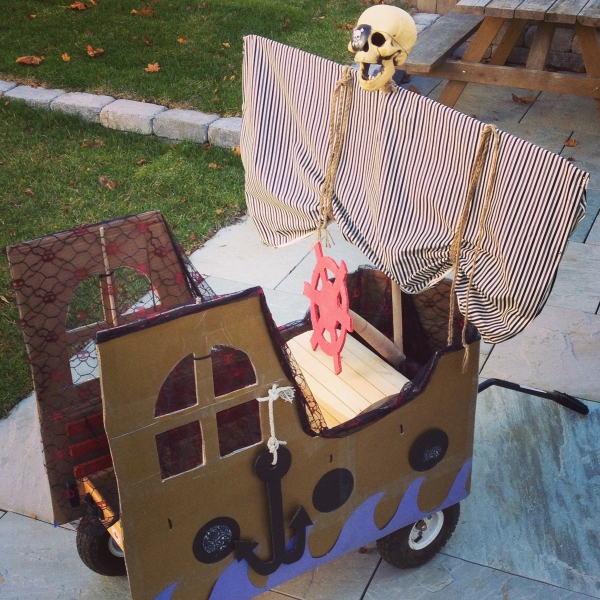 This year I started early because I knew I’d be away the week before Halloween. I found a few Pinspirations and was off running. 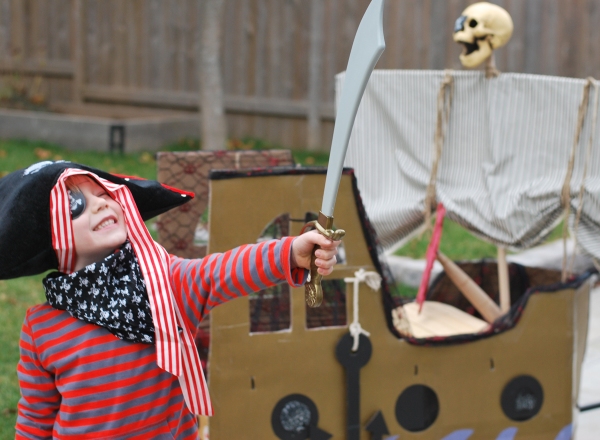 Because the costume is a wee bit awkward, I did a second costume for a birthday party David was invited to. This idea came from Oh Happy Day and it was super simple and quick to make!

We live in an awesome neighbourhood where there are smoke machines and everyone dresses up. We got 200+ kids and David had a lot of fun, which is probably why I enjoy making his costume more and more every year. I was however a little surprised, when after working on his ship for a few weeks, he asked me on Halloween eve if I could make him a costume…? Hum, I guess the ship doesn’t count.