As I was putting together my annual Oscar Nomination Check List here are 10 things that were on my mind:

*When I mentioned to my friend Anna my disappointment about having to watch JOKER, she replied “Don’t! The list isn’t meant to be a punishment! Watch what sparks joy!”

I have seen 7 out of 53 nominations (BOMBSHELL, LITTLE WOMEN, MARRIAGE STORY, ROCKETMAN, THE IRISHMAN, THE TWO POPES and TOY STORY 4) so that’s not great and, to be honest, not a lot of the unseen titles are sparking much joy. I read on twitter someone suggesting we should have a Fake Oscar Night. Like Fake Prom Night—when you just do your own thing. I’m down for that and claim Michael B. Jordan as my date! 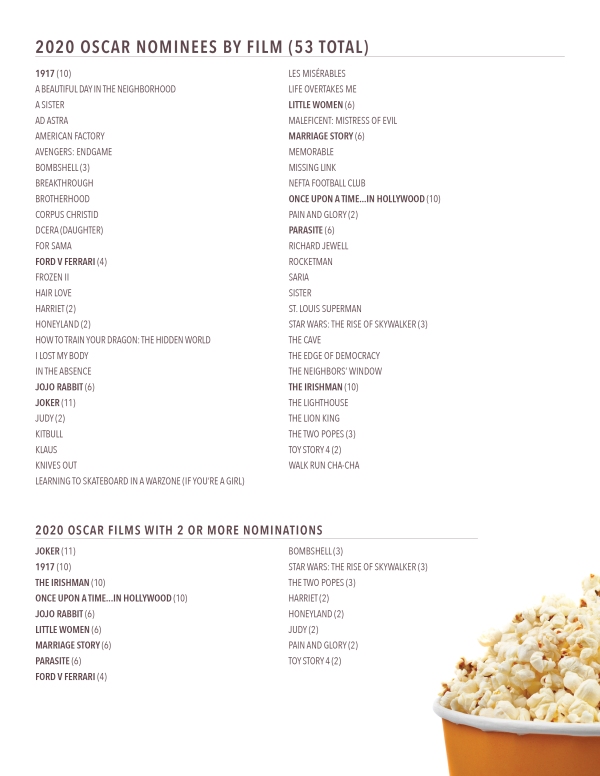 One thought on “Little Women (Representation)”